FIFA 20 is just a few months away, and fans are very much passionate about the new release. In this version of the FIFA series, we may see many new things like New Modes, new teams, new events, and many more.

The latest Mode in the FIFA 20 game which is known as the VOLTA Football has created much hype among the players. The player will be able to get a more realistic view of street football in this Mode. 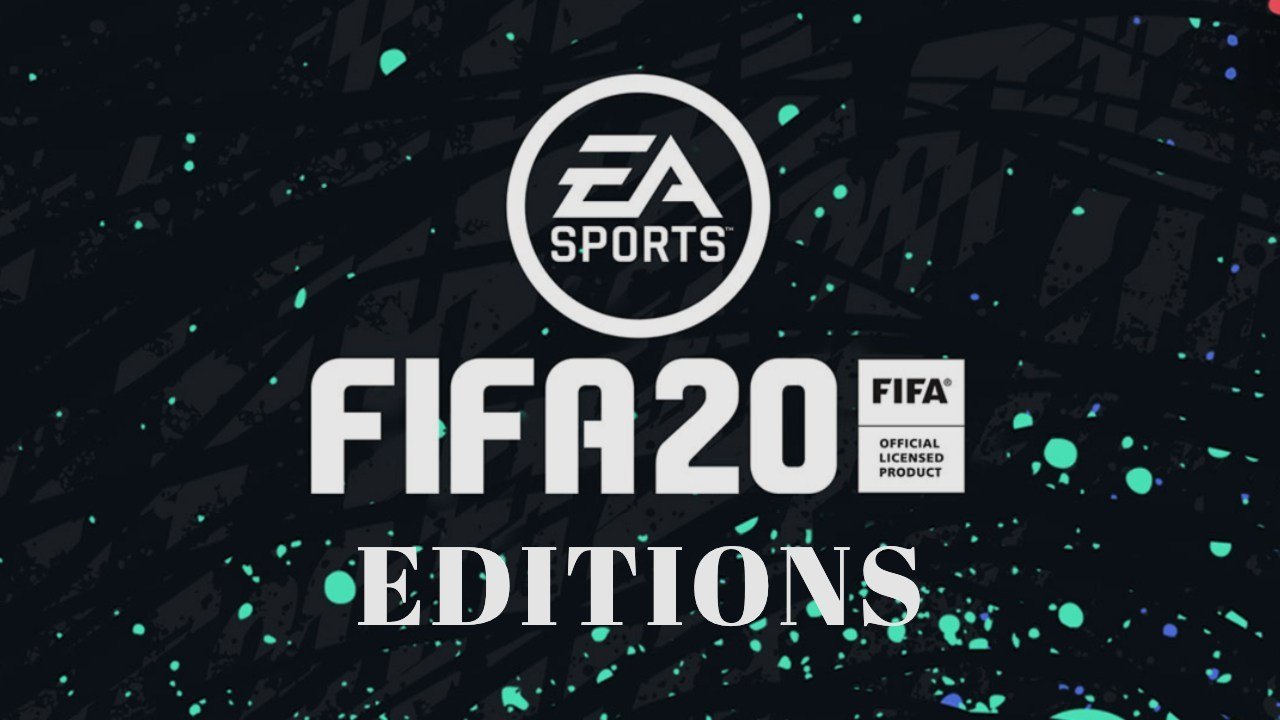 However, you have to wait for some time to play FIFA 20, which is going to release on 27th September in 2019. But if you want to experience this game before the original release, then you can pre-order any of the edition of FIFA 20.

FIFA 20 has three editions that you can choose from, and all these editions offer different features. Below is the complete guide on all the edition, after reading the guide you can decide which one to buy.

FIFA 20 comes in three variants of editions known as Ultimate, Champions and the Standard edition. All these three editions offer something new that is not present in the other editions. The more the functionalities are present in the edition, the more will be its price.

If you want to play the FIFA 20 game even before the official release, then try to spend some money on the FIFA ultimate Edition.

Pre-ordering this edition will allow you to have three days early access to the game, which means that you will be able to experience each and everything of FIFA 20 before the rest of the World.

Ultimate Edition users will be granted the opportunity to play FIFA 20 from 24th September 2019 while the official release is coming out on 27th of September. So, if you can’t even wait for three days to play this game, then make sure to pre-order the Ultimate edition of FIFA 2020. 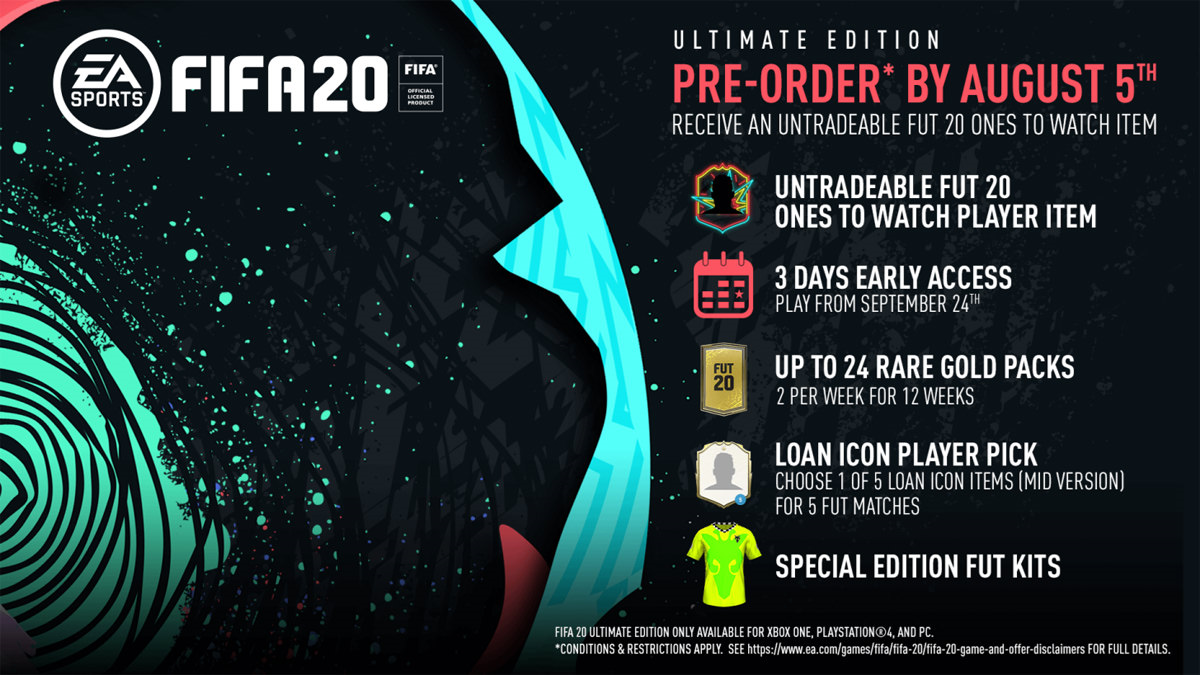 These packs will be provided in a particular manner. Every week the player will get two-pack, and it will continue up to 12 weeks until all the 24 packs get completed.

Furthermore, the player will be awarded a loan player icon. The player will be provided the chances to select 1 of 5 Loan item for up to five matches. You will be able to play with these loan item players up to 5 FUT matches.

These Loan item may contain many high rated players like Ronaldo, Messi which might help you to get a speedy start to your FIFA 20 Career. However, these players will be available for only 5 FUT matches, so make sure to use them wisely.

Further, a special kit is also granted to the Ultimate Edition player. So, if you don’t want to miss any chances to seize these FIFA 20 features, go to the EA Sports official site, and you can purchase any of the edition from there.

The other edition is the champion’s edition that has different features in comparison to the ultimate and standard edition. This edition also offers three days early access to the game and up to 12 rare pack are also awarded to the player.

These rare gold pack will be given for 12 weeks, and you will get one pack per week. Loan icon option is also present for the champion’s edition player while a special kit is also given to the player. 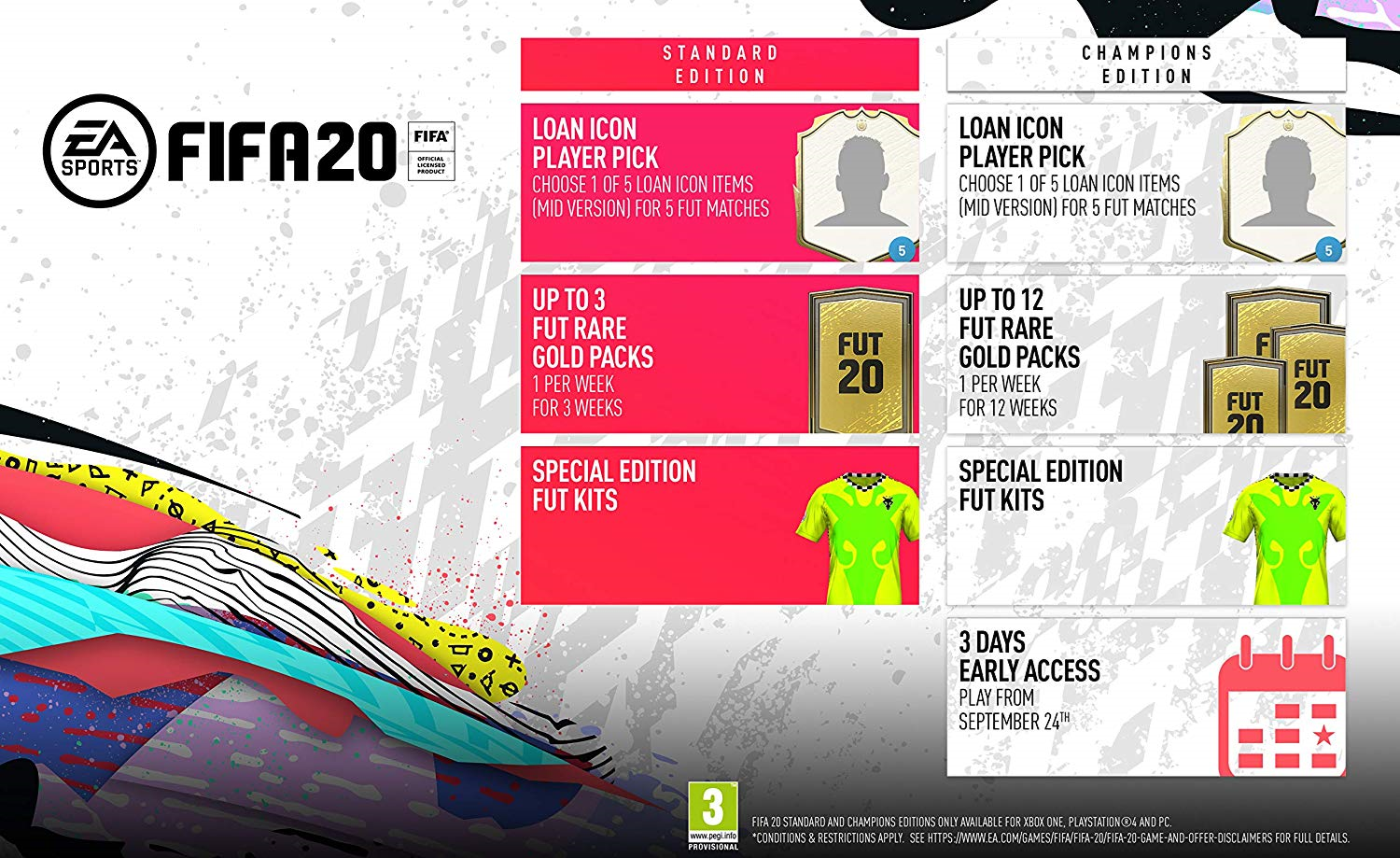 Standard edition is a bit cheaper in comparison to the other two editions of the FIFA 20.  In this edition, the player will be able to get three rare gold pack which will be given once per week for up to three weeks.

Just like the other two editions, you will be able to pick up a loan player in the Standard edition that may help you to win some matches in the beginning.

These loan players are awarded only for a specific number of matches. Moreover, special Kits is also given to the Standard Edition player. This edition will be given on the exact release date.